Crossing the border into China at Khorgos, Xinjiang

Part of the World Tour adventure

Crossing the border into China at Khorgos, Xinjiang

I’d describe the border crossing at Khorogos, China as slightly uncomfortable, but overall a breeze.

China is, in my opinion, the only country following a decent protocol at borders. Well, there were a couple of exceptions to a decent protocol which included going through our digital devices and checking our luggage three times. Our experiences were slightly different and I’ll explain the process as we found it.

We rolled into the border after riding along a completely lifeless highway to end our Kazakhstan adventures. Not a car in sight! It was surreal. 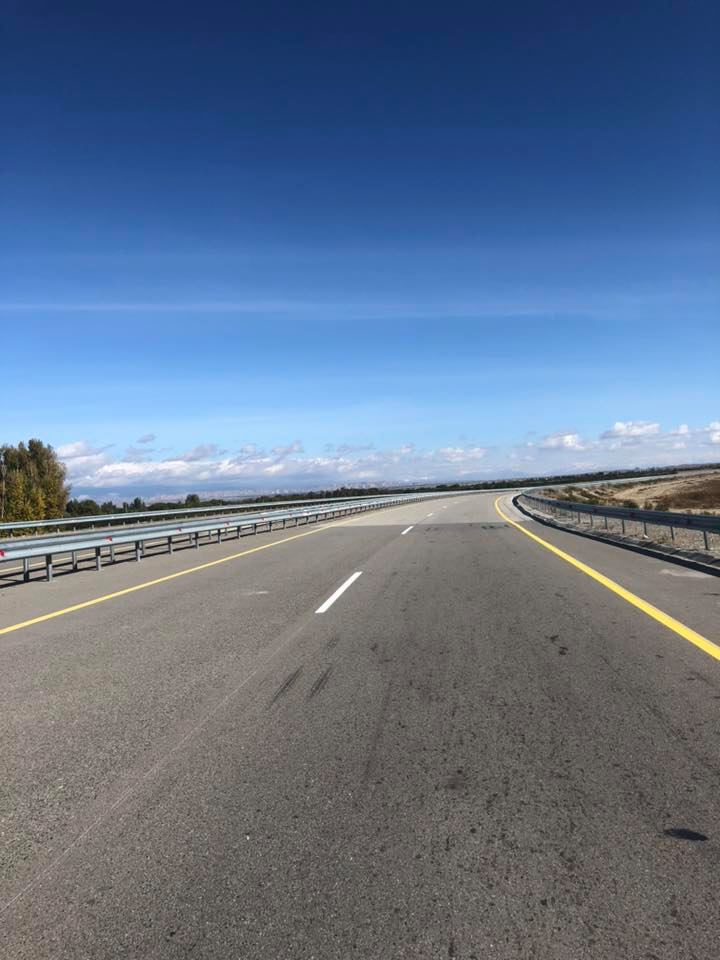 A brand new highway joins Kazakhstan to Khorgos, China. It was the quietest road we’ve ever cycled on!

The border itself was HUGE, huge and sparking clean – reminiscent of an airport.

We were greeted by 2 lovely Chinese men, one spoke reasonable English and described his job role as an “inspector” – he ran our luggage through a scanner. Once this was done we went to customs. This is where the process started to feel a little different…

First they looked at our passports, mine has a splash of something on it – I’ve never noticed it before but 5 people studied it and asked what it was. I was so oblivious I checked Stewart’s passport as I thought it was a usual marking. It wasn’t. They asked me if it was oil or butter, I said I didn’t know. They wanted me to tell them what it was but between the 5 of them they convinced themselves it was a greasy stain and we moved on.

I was greeted by two women, one spoke English and was more senior. The other carried a camera which she kept on me at all times. I awkwardly looked into it at first thinking she was taking a photograph as they do at passport control. They ushered me into a white walled room with a desk and 3 chairs. Stew was ushered into a different room which he described in the same way. He was dealt with by the two male inspectors we’d met at the start.

The women asked me to empty all of my bags and tell them what each item was for. Urgh, this is going to take a while. I have 4 panniers and 2 little bags on my bike. I intended to empty the panniers and try and leave the small bags as one had my phone in and I was hoping it would go under the radar. It didn’t and I was asked directly if I had a phone or other electronic devices like cameras or laptops.

I handed over my phone. One woman studied my phone – as far as I am aware, all she did was go through the pictures. She spent a long time doing this as there were 3000+. She asked me some general questions about the trip. Meanwhile I was emptying my panniers with the other guard and by the time we got to the third pannier the interest from the woman checking seemed to waiver. I think it was clear I was no threat.

Nothing was downloaded on our phones, but they were very interested that my GiffGaff SIM card picked up a Chinese carrier. She asked where I bought the sim and I told her it was English. This seemed to throw her a bit. She took my phone, with me, to another person who tried to call it and call a Chinese number. It wouldn’t work because there’s no credit on it. I was pleased about that. The phone and SIM were returned to me.

Stew had a different experience he did not have to empty his panniers and only had to share his digital devices – we’d backed up images from Stew’s devices so there was nothing for them to find. Images were on a hard drive. The guard went through his WhatsApp messages, which was entertaining as they asked who “Almaty” was. Turns out they were reading messages to Stew’s mum.

Since Stew had few images for them to find he had to wait a nervous 10 minutes for me, as his checks were so much faster.

The only other thing that slowed me down was my book, Robinson Cruesoe. It was pulled out and the one guard showed it to the more senior guard who gave it a nod of approval.

Finally you go to passport control – an inspector physically checked my face against my photograph. It felt like she was checking every detail. She said to me “this is difficult” which confused me a bit. Stew breezed through this too. Women look different I guess – there was a time when I styled my hair!

Finally after one scan, a physical check of luggage & devices and passport control we had a stamp in our passports. One final scan of luggage and we were free to go! 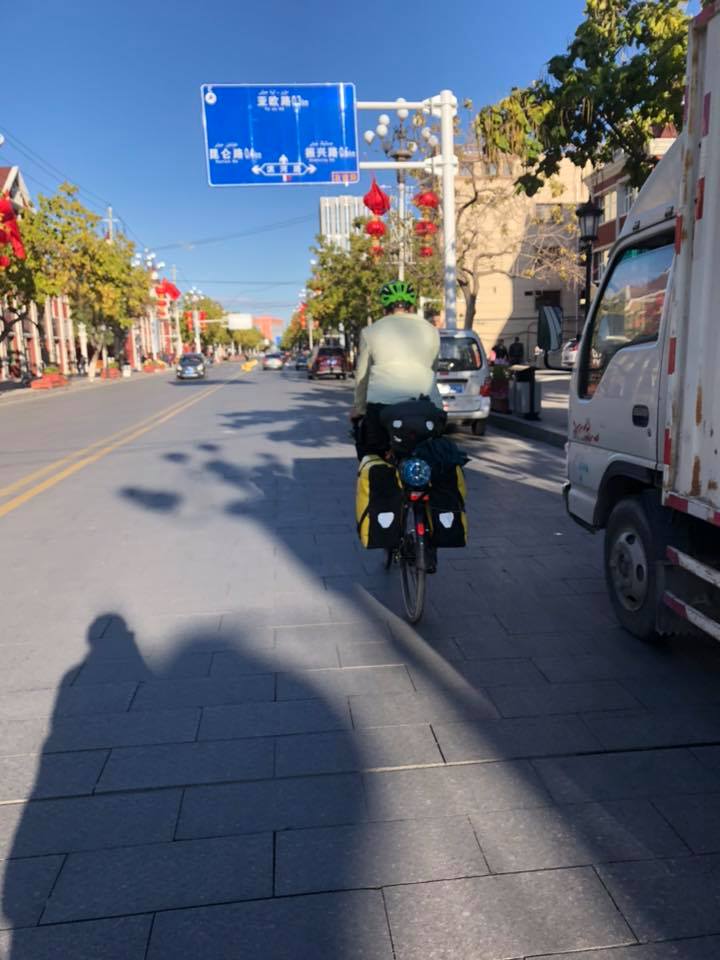 Cycle touring in Khorgos, China. We had just crossed the border form Kazakhstan to China and we were looking for a bank.

Caravanistan is a fantastic, accurate and up to date online resource for travelling Central Asia – they report that no one has had anything installed on devices since September 2019 and Chinese officials have relaxed with foreigners. This was our experience.

My advice for crossing the border at Khorgos, China by bicycle

My only advise for crossing this border would be to remove / back up images to save yourself time and if you have a SIM card that will pick up a Chinese carrier I’d just remove it to save some hassle- stick it in the bottom of a pannier.

If you have smaller bags or handlebar bags for example – they might not get checked. Ours didn’t.

As I said I really feel like the checks China undertake make sense. Why wouldn’t they check our luggage? It was much more formal, more like airport checks.

On this trip we cycled all the way to Azerbaijan before our luggage was even scanned. In Europe luggage was at best poked and prodded. Occasionally in Central Asia we just got asked if we were carrying narcotics and when we said no that was taken as fact…

We found it quite eye opening actually. How thorough are border checks when you drive through a border? What about if you’re working and driving a truck? I expected things would get checked from head to toe.


Notice: Theme without comments.php is deprecated since version 3.0.0 with no alternative available. Please include a comments.php template in your theme. in /home/roadtoframe/public_html/wp-includes/functions.php on line 4805


2 responses to “Crossing the border into China at Khorgos, Xinjiang”